Big question today: Why isn’t Shaquille O’Neal on the TV show “Shark Tank”? Shaq is a huge business investor and entrepreneur, and we here at ShaqFuRadio think he would be a (pardon the pun) slam-dunk on the program with a bunch of other millionaire (or billionaire) investors and business gurus.

Why the rant? Once again, Shaq has jumped into the business “tank” and make a big investment in a company making a cool and popular product. Shaq has signed up with FORTO (yes, they spell it with all capital letters). The company makes little cups of coffee… what they call “coffee shots.” Kinda like some of the other small-bottle energy drinks you see in grocery stores and local drugstores. Sort of like those red-animal products, only smaller and more easily transportable. In fact, one of the big selling points FORTO uses for their products are that they’ll go through airport TSA inspections in your luggage or carry-on bags. 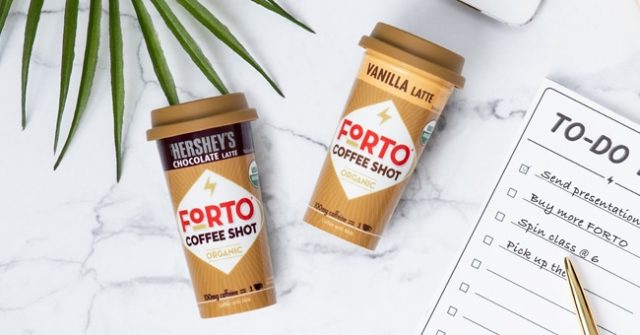 Enter Shaq, who has signed on with FORTO’s parent company Dyla Brands as a big investor in the company, and to be the new frontman of the company’s upcoming $20 million dollar media campaign that kicks off in the fall. Company CEO and founder Neel Premkumar told the business website BevNET about the deal, but he did not go into details about the size of Shaq’s investment in the company.

Like a lot of other products and services that Shaq supports and goes into business with, Premkumar says it was O’Neal who first reached out to his company after the Big Man tried and liked the products himself.

Premkumar says Shaq “got in touch and told us ‘I’m drinking this all the time. Literally, this little coffee gives Big Shaq energy.’” Premkumar said. “It was an amazing revelation for him that if this works for him, it’s going to work for everybody.”

Even if you didn’t watch or know Shaq from his NBA career, you’ve probably seen him (many times) as he works as an NBA TV analyst for TNT Sports and also as a commercial spokesman for a big basket of products and services. He’s a big-time investor and an owner of several franchises, including the Papa John’s Pizza chain. He owns nine Papa John’s stores in the greater Atlanta area, and he’s on the company’s board of directors.

FORTO execs say they have plans to showcase Shaq as the face of its new media campaign, which will begin with TV ads that will start early next year. Shaq has tens of millions of social media followers (including right here on ShaqFuRadio), which will certainly be helpful to FORTO and other products he supports.

FORTO boss Premkumar really likes the optics of the Big Man showing off a small (but powerful) product. “[Shaq] conveys the exact product benefit just by being himself. The very fact that this enormous guy is holding this little coffee — it conveys the entire proposition, so we are really excited about that.”

Shaq will also be visible at trade show events, including the upcoming National Association of Convenience Stores (NACS) show. There’s a good chance he’ll run into former teammate Kobe Bryant, who’s an investor in a sports drink product created by the BodyArmor company.

previous
Shaq's Financial Advice to NBA Rookies
next
Report From the Road: DJ Diesel In Boston