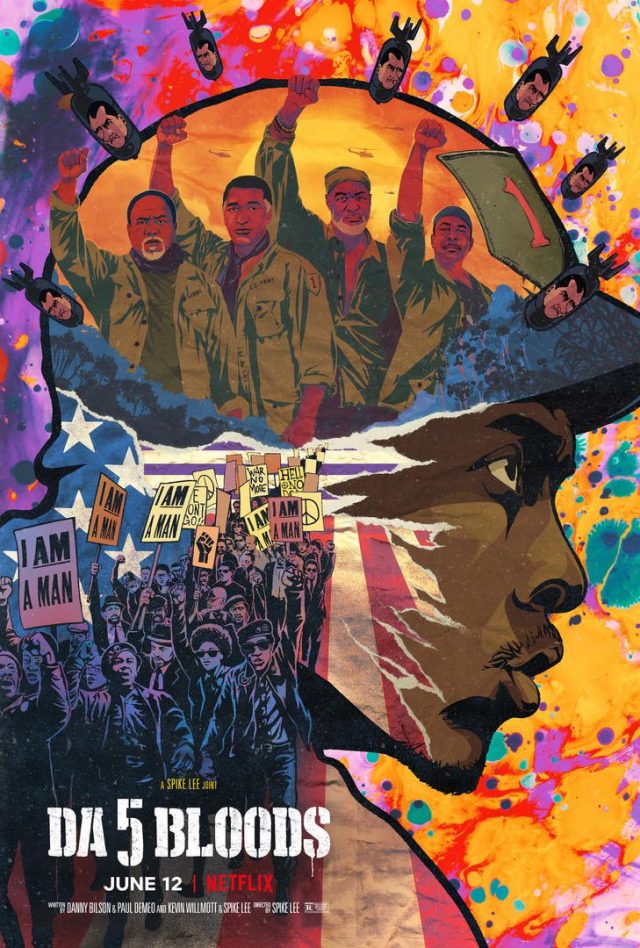 Lee admits that he “see’s a broken promise” when looking at The United States Flag. Something he reminds us you will see in the film Da 5 Bloods. The star of the filmmakers latest work is Chadwick Boseman who’s character tells his fellow bloods how “black people having been fighting for the United States from the very beginning.”  Lee in the interview gives us an example by saying “the first person to die for this country at the Boston Massacre was Crispus Attucks in 1770.” He went on to say “the whole Kaepernick kneeling was all about what we are marching for today, the whole narrative got twisted. Colin wasn’t protesting the US Flag or the veterans that fought for this country, he was kneeling for social injustice.”

The iconic filmmaker wrote the script for “Do The Right Thing” back in 1988, some 31 years ago. He explains how that award winning film is so relevant today.

What’s up with The Knicks biggest Fan? Is Spike back on the bandwagon? He updates us on his relationship with the New York Knicks. 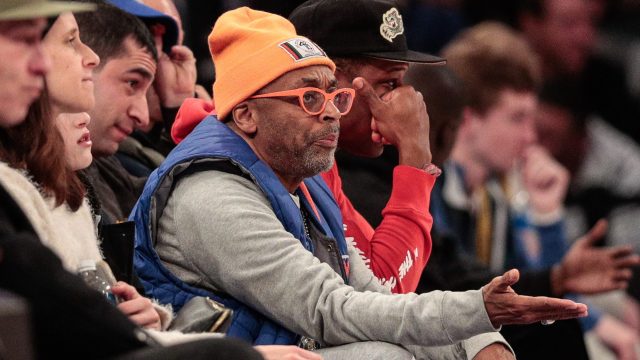 Lee said “he will not return for any more games for the remainder of the season”.

All Spike Lee wanted to do was use the employee entrance at Madison Square Garden. Really, it’s all he knows.

A long time New York Knicks superfan, has been using it for 28 years.. But suddenly, they wouldn’t let him — security told him to use a different entrance.
Lee was then in a full-on feud with the Knicks and team owner James Dolan over his treatment.
Lee explained, we will wait and see how the new GM Leon Rose does with hiring a new coach and filling out his roster.
Fans questioned how the franchise could treat its biggest fan with such disrespect.

Which turns out that they have been eliminated from this years playoffs. The NBA Board of Governors met with Adam Silver to vote and approve a plan to return to play on July 31 with 22 teams at Disney World.

To hear the FULL interview click the play button on the top of this article.

For more interview’s go to  https://shaqfuradio.com/backstage-pass-with-gentry-thomas/