The LAPD Cover-Up of the Murder of Biggie. 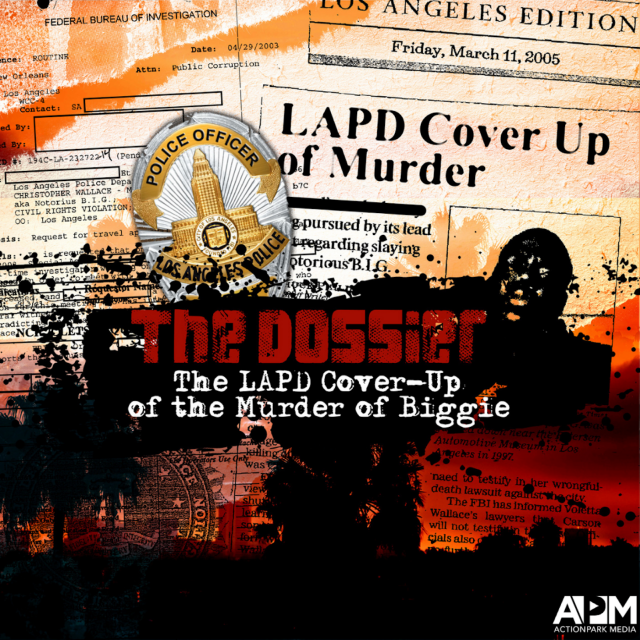 FBI Agent Phil Carson has held onto a secret for fifteen years, which will prove for the final time that there was a cover-up of the murder of Hip-Hop Superstar The Notorious B.I.G. by officials at the LAPD. Agent Carson is talking, and journalist Don Sikorski has the FBI Files to prove it. Listen to this ground-breaking podcast that spans twenty years inside the underbelly of crime in the dark forces of the LAPD that used power and influence to hide the evidence and facts. LAPD Officers orchestrated the murder of Biggie Smalls.The information contained inside The Dossier will shake the foundation of the LAPD and the City of Los Angeles, defining with evidence who shot and killed Biggie, but more importantly why the power players inside Los Angeles covered it up. Listen to The Dossier The LAPD Cover-Up of the Murder of Biggie Smalls On The Podcast Playground.

Shaq Talks About the Night Biggie Was Killed:

Shaq was going to hang with Biggie in Los Angeles the night he died. Could Shaq have saved the Notorious B. I. G. Watch Shaquille tell the story and decide for yourself.