The “Bubble Season” is over… the Los /Angeles Lakers are the NBA Champions of what became the absolute longest season ever (we think… the research department hasn’t gotten back to us yet). The question now: Can the Lakers – led by LeBron James and Anthony Davis – establish yet another superstar dynasty, like the one built by Shaq and Kobe years ago?

So… time for another purple and gold dynasty? The Lakers certainly have the tools. Yes, LeBron is getting a little long in the tooth, but he’s surrounded by greatness, and the Lakers have always shown they’re ready to spend the money if it gets them another (potential) superstar.

As for one of the superstars of the previous dynasty, Shaquille O’Neal says yes, this could be the start of another run of championships. Of course Shaq is quick to point out that one Finals victory does not make for a long-term dynasty.

Speaking with Forbes Magazine and reporter Andy Frye, O’Neal said it takes at least two and more likely three wins in a row to make for the Big D. But he says, it’s a start.

ShaqFu Radio readers of course already know that O’Neal won championships not only with the Lakers, but with the Miami Heat as well, the Lakers opponents in this year’s Finals. Who would the Big Man be rooting for? Shaq had an answer… sort of: 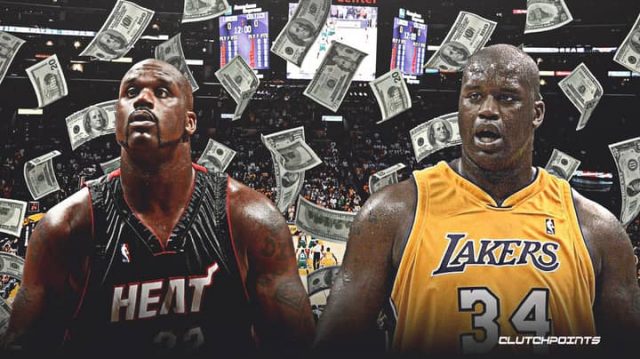 “People asked me who I was rooting for. I think I’m one of the only guys in the country who was saying that whatever team wins, I’m happy for them.” Sure, he’s happy the Lakers won, but he added a Heat win would have been great, too. He loved how hard working and gritty their players were…the effort they put in for the Finals series.

Shaq: “If the Heat were to win, I think, having been part of that team, it would be great for the franchise and I’d be happy for them. The Heat—they’ve got a great team, know how to compete—and they don’t get pushed around.”

“And I knew that if the Lakers (won) I’d be happy for the team, and for the owner Jeanie Buss, and also for the city of Los Angeles. L.A. and the franchise have been through a lot this last year, especially with losing Kobe, so it means a lot for the city.” Shaq pointed out another big statistic: In winning this year, the Lakers tied with the Boston Celtics on the total number of championships. Tied for the all-time best NBA team.

The Lakers will likely have its core players intact in the 2020-21 season. But then again, being the defending champs, every other team in the Association will be making games against LA the “schedule circle” games. They’ll have a big target on their backs. Every single team will be bent on taking them down. Get some rest, everyone!