OK, you know this had to happen, right? Just a few days ago, the ShaqFu Radio blog had a post on O’Neal’s “unbeatable” team. Of course of course! –  someone had to come up with another Greatest Five to take on Shaq’s lineup. Who made the team? Read on…and big thanks to our friends at FadeawayWorld.com for the research.

Along with Shaq, here’s O’Neals lineup: Shaq, Kobe Bryant, Allen Iverson, Michael Jordan, and LeBron James. Unbeatable? How about against this lineup:

Magic would probably be facing Allan Iverson. Magic has good size at 6’9″ and might be the best passer ever to play the game. He’d certainly get his share of rebounds and running fast breaks, but it’s also his big-time on-court leadership that would help his fantasy team. 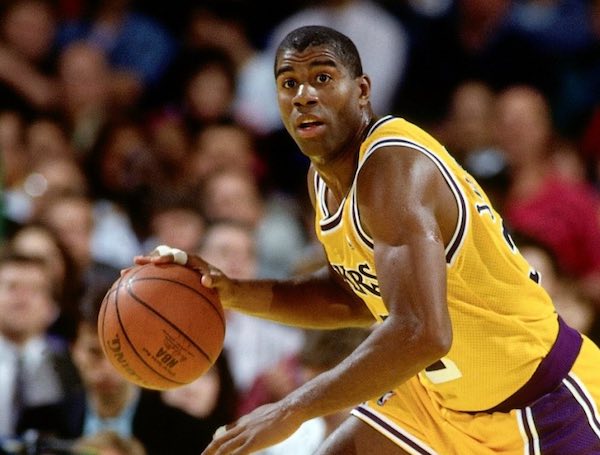 No doubt: Shaq’s team has the two best shooting guards to ever play the game, but they’re not the only superstars at the position. How about Shaq’s former Miami teammate Dwayne Wade? FadeawayWorld calls him “one of the best slashers ever and can hold his own defensively.” OK, maybe not Kobe, but plenty good! 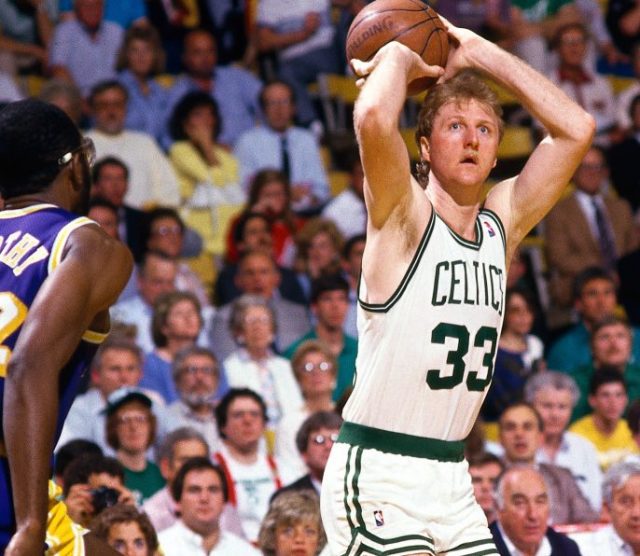 In his era, maybe – just maybe – Bird had the impact on the game that everybody’s Number One MJ had. Best pure shooter? Very likely. Rebounds? No question. Next-level trash talk? Yeah, that too. Another great addition to beating the unbeatable.

They don’t call LeBron James “King James” for nothing. Kingly abilities in passing the rock, size, and unselfishness on the court make a great G.O.A.T. case. Most stat watchers agree that Kevin Durant might be the closest to LeBron in overall game impact. Amazing shooting skills and not bad on defense, either. Not quite as rounded a superstar as LeBron, but another huge addition to the team. 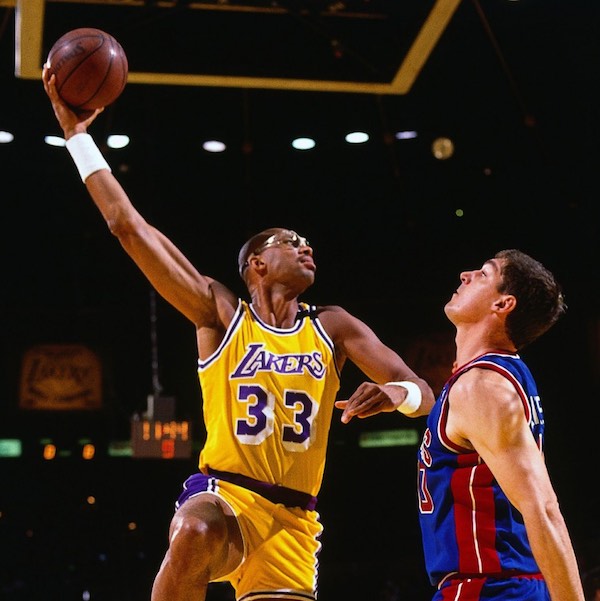 Now here’s a pick for the ages! Sure, Shaq ruled the paint with his otherworldly size and muscle. But for centers that had both superior offensive and defensive skills, who other than Kareem?

Shaq can bully every NBA player that we have seen in the post, but Kareem can hold his own. He is a tremendous defensive player and a basketball genius who can bother Shaq and not allow him to get easy points. On offense, Kareem’s value will come into play. O’Neal is very athletic for his massive size, but he won’t be able to stop the skyhook. Kareem’s skyhook will be the key to getting buckets while the likes of Kobe, Jordan, and Shaq get theirs.

Sure, Shaq’s “unbeatable” team is amazing. It should be, when you get all the first-round draft picks. We’ll never know how these teams would have stacked up against each other, but it sure is to imagine!