It’s not yet time for New Years’ Resolutions, but Shaq isn’t waiting for January first – he’s starting a new self-improvement program by eating better and hitting the gym, in a big way.

Eating habits? Kinda weird, truth be told. Shaq said he had gotten into the habit of eating sandwiches for just about every meal, and snacking on junk food in between.

The big ah-ha moment came when he had a selfie-inspired experience with his own Instagram account. “So I said to myself, I want to take my shirt off on Instagram one last time,” O’Neal said. “I saw this 70-year-old guy on there, and he had muscles everywhere. So I just decided to switch it up.” Trying to look like a 70 year-old? Hmmm… whatever works, right?

As a result, O’Neal made some diet and lifestyle changes, completely cutting out bread, late-night lemon Oreos, and Entenmann’s snack cakes. Not only that, he’s hitting the gym. Check out the video below – click here to see the full version. 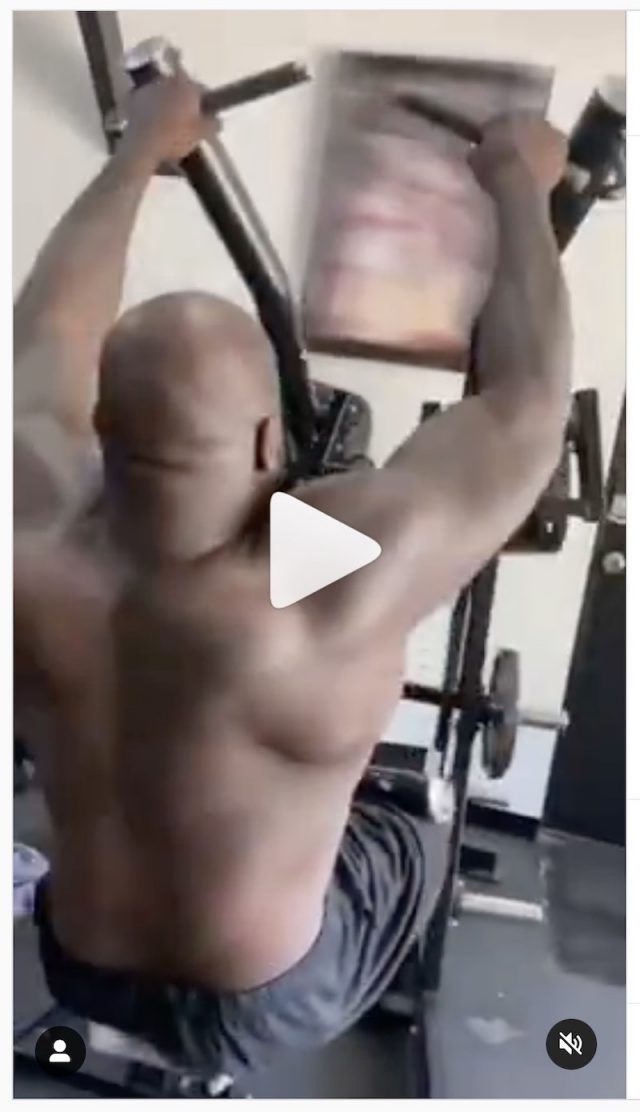 The moment of change came about six months ago (as of this writing). Since then, Shaq says he’s been eating “fruit, protein shakes, salads, fish, chicken and asparagus or other vegetables…in “very small portions.”

How about the muscles? “I haven’t had one of those since I was on the 2006 Miami Heat.”

O’Neal told Men’s Journal the past year has been tough for him personally. He says motivation waned after the loss of his sister, Ayesha Harrison-Jex, and the tragic loss of good friend and former Lakers teammate, Kobe Bryant early in the year.

Changing eating habits isn’t the only thing the big man is doing. There’s a good amount of gym work as well. “I do 20 minutes of cardio, I’ll do some chest, bi’s, tri’s, sit-ups, back and then I’m gone. Thirty to 45 minutes a day, plus cardio — so about an hour a day. I still got the bad hips and the achy joints, so I can’t be jumping and running around,” O’Neal said. “Next thing I’ll try is jogging.” Not sure how that’s going to work with the hips and joints, but we’re sure to get updated reports in the future.

It’s pretty simple, according to O’Neal. When it comes to his personal philosophy on health and fitness: “An hour a day will keep the Charles Barkley belly away.” Ouch!