LeBron James is a superstar, no doubt. He’s been in the conversations as the latest GOAT for some time. The debate of LeBron vs. Micheal Jordan is still just that – a debate. Still, in the current NBA situation, LeBron is still The King. Now the question: Is he ready to be dethroned?

LeBron has had tremendous success over his career. He’s won NBA Championships in his (almost) hometown of Cleveland, as well as in Miami and with his current team, the Los Angeles Lakers, just two seasons ago.

But now the Lakers have fallen on hard times, and there have been calls for the team to make big, BIG moves for the roster and staff for the summer break. One of those making the call has been our man Shaq. At first, he make a joking offer to take over as the Lakers new head coach. In case you missed it, Shaq was asking for a four-year contract at $25 million a year. Not a bad deal!

While O’Neal was “just kidding” about the coaching plan (or was he?), he has talked openly about the big need for the team to make big changes. Past posts here on the ShaqFu Radio blog have included Shaq’s calls for keeping just what he called the “big three” and reshuffling virtually the entire rest of the lineup. BTW, the big three he likes to keep on the roster are LeBron, Russell Westbrook and Anthony Davis (AD).

After the completion of this years abysmal season, it seems Shaq may be leaning toward making it the “Big Two” rather than three. The idea was first put out by Shaq’s TNT Inside the NBA comrade Charles Barkley…that LeBron is not a major force in the game any more, that his best days are definitely behind him. 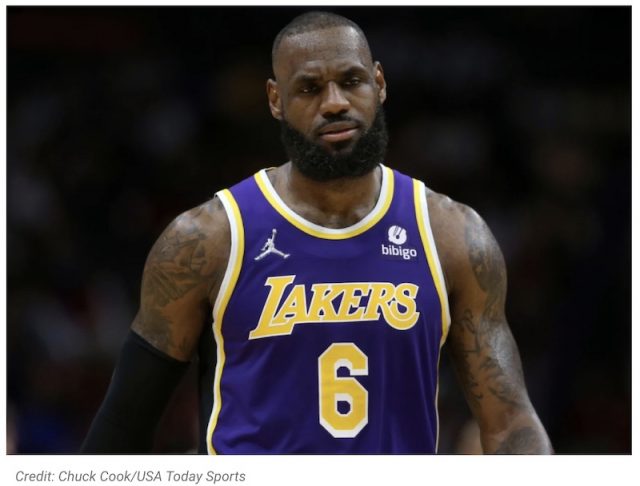 Keep in mind, the Lakers have one of the oldest (by average) rosters in the history of the NBA. Analysts – and obviously the Lakers front office – didn’t think that would be a problem, based on the big name starpower on the lineup, including Lebron, Westbrook and AD.

But age matters. This past season, the big names (and others) were all sidelined for a time with various injuries. Nobody’s getting any younger, and the injury bug will continue to bite moving forward.

Shaq was one of those guys not too worried about the age issue – until now. On a recent podcast and video, O’Neal now says age matters. “Charles said it and I didn’t believe it but I’m starting to think about it, they may be a little too old. When you put those names together like this summer I was like ooh, Westbrook, ooh, Melo.”

And for LeBron: “I thought they were gonna do something. They only knock on LeBron, they don’t fear him anymore. He’s older and they know he’s getting older.”

The big question will be: Can LeBron still conjure up a powerful season, or are his best times absolutely in the rearview mirror? If not, his time with the purple and gold may be remembered for missing the playoffs in two seasons rather than winning a title.