If you’ve been following the ShaqFu Radio blog for any time now, you know that our man is trying to be a little bit less of a big man. A new video is out, showing his latest workout routine…and it’s crazy!

For Shaq to get into better shape, that means he’s working on his diet. And getting a lot more exercise, too. You may have seen previous posts about O’Neill visiting an Atlanta-area vegan restaurant. We’re pretty sure it’s not his regular eating out spot, but anything he can do to get some better food seems like a good idea to us.

Of course, if you’re interested in losing weight, the diet thing is only a part of the overall plan. There’s exercise, too!

Now there’s a new video out that shows Shaq hard at work, working out. What’s the big man doing to build up those muscles? Well, you might think it would be pumping iron… But in this case it’s hoisting Reggie Miller! 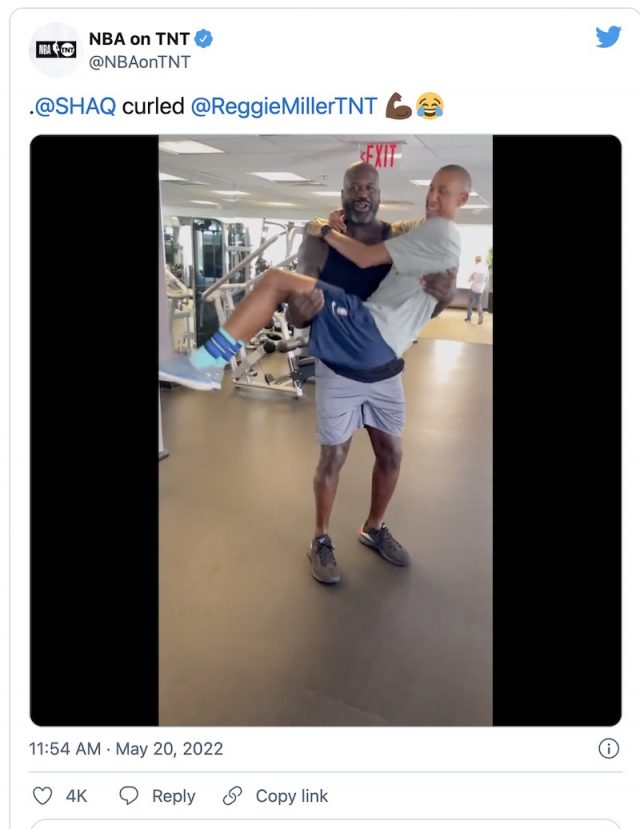 O’Neal still has plenty of muscle to work with. The video shows him doing arm-curls with Miller – with ease! On a post to the NBA on TNT’s Twitter this week you see the legendary Pacers guard jump into Shaq’s arms — O’Neal didn’t budge a bit — and the former Lakers big man completes 4 full curls!!

During his career, Shaq was one of the most dominant forces in NBA history. You may have seen some of that old-school video of him actually breaking backboards on some of his monster jams. A few times, he brought the entire rim-holding apparatus down! 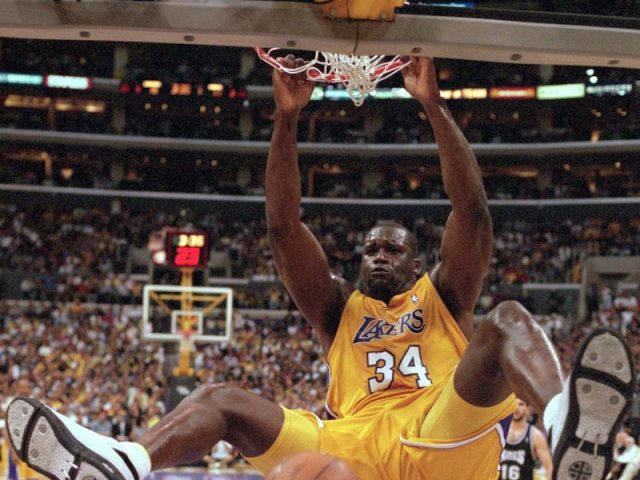 These days, Shaq admits that he’s gotten away from his former Superman self, but he’s working to change that. Recently, it seems the work is starting to show for him. O’Neal looks pretty shredded for a 50-year-old, and the way he was able to curl Miller — who weighs close to 200 pounds — was quite the “gun show.”

Keep up the good work, Shaq! We look forward to seeing his improvements over time…and it’s a great inspiration for those of us trying to get into better shape.