Sure, Shaq is a very well-paid celebrity spokesman for all kinds of products, companies and services. And that’s come after his dominant and lucrative career in the NBA. But did you know – fun Shaq-Faq of the day – that he took a big pay cut to come and play with the Lakers? Read on…

It’s true. After being drafted Number One and playing with the Orlando Magic for a few seasons, Shaq headed west to Los Angeles, to join Kobe Bryant and the Lakers. Together, they became one of the most dominant (if not THE most dominant) dynamic duos in the history of the NBA.

At the time, the General Manager of the Lakers was none other than Jerry West. Yes, the man who would go on to become “The Logo” of the league. That silhouette you see on the court of so many facilities? Yup, that was based on Jerry West.

There’s a reason why the league’s logo is the image of West. He’s been named one of the top 20 players of all time. Yet even after the superstar career, his work as a front-office basketball team executive career may be an even bigger feather in his cap.

Jerry West has what can only be called a logo-like career in the NBA, both on and off the court. As GM, he was the mastermind who put together the legendary Lakers dynasty of the 1980s, which saw the guys in purple and gold winning five championship rings in that decade alone. (That would be: 1980, 1982, 1985, 1987, and 1988).

As for Shaq, it seems West has just the right words and logic to convince the big man to come to Los Angeles, even if it meant he would be taking a $30,000,000 pay cut to join the Lakers!

Before Shaq’s arrival in LA, West was already dealing. In the 1996 NBA draft, West dealt Vlade Divac to the Charlotte Hornets in exchange for a young up-and-coming superstar named Kobe Bryant.

Not long after that, West reached out to O’Neal. Shaq talked about it on an recent interview:

“All Jerry West did was speak the truth. So, when I was about to leave Orlando, he came to me and told me the truth. I’d have a youthful squad and a player named Kobe.

That guy will be good, but you’ll have championships in a couple of years. There was no ‘get you this or get you that.’ Jerry is not that sort of person.”

Jerry told Shaq that the Lakers couldn’t afford to give him his initial demand of $150 million and could only offer him $120 million. And the rest, as they say, is NBA history. 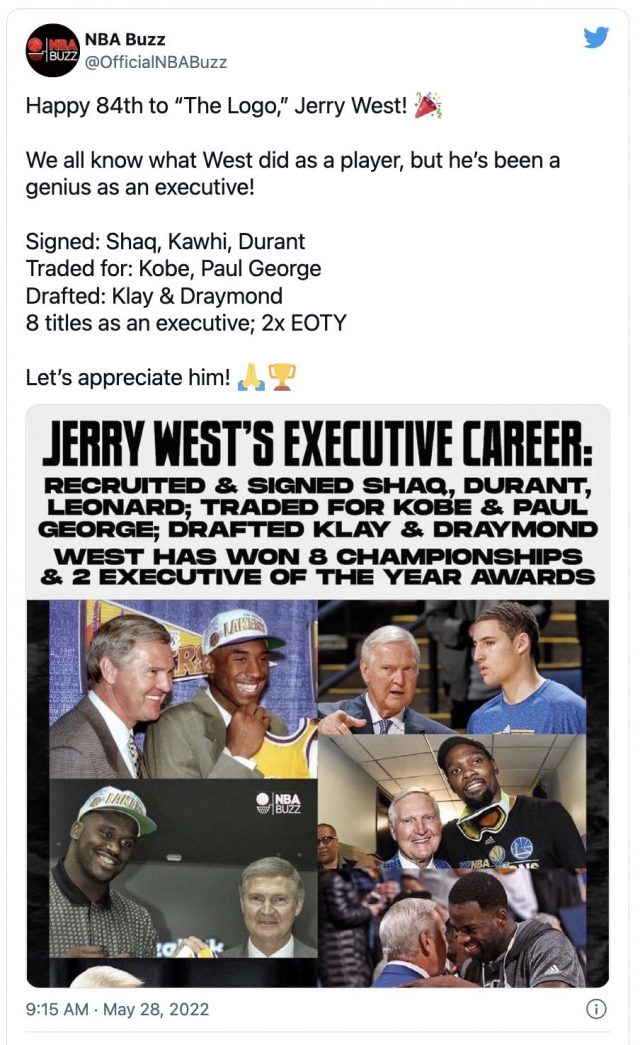 The Los Angeles Lakers’ duo of Shaq and Kobe created one of the most dominant, exciting and impactful teams in NBA history. Jerry West brought the two future Hall of Famers together, and they led the team to three straight titles.

Not a bad deal for the low, low price of $120 million dollars…