A former teammate of our man Shaq is serving up some critical words about O’Neal’s offspring trying to break into the Association. Challenge accepted.

On a recent edition of his own “Big Shot Bob” podcast, former Lakers star Robert Horry delivered some shade to Shareef O’Neal’s workout and summer league play with the Lakers. Horry said he was ready to pick up the phone and call his old teammate Shaq to talk about the son’s play and effort.

Horry on the podcast: “I picked up my phone, and I was getting ready to call Shaq like, ‘Yo man, you gotta tell your son … he can’t be playing off the damn O’Neal name. He gotta go out there and play.’ You gotta put forth some more effort man. You know Shareef’s such a nice kid, that I don’t know if he has that dog in him to go out there and take what he wants.”

Obviously Shareef caught the podcast, or at least heard what was going on. On Twitter after the show, he shot back, saying he was ready to to work ready to move up when the opportunity comes.

Shareef: “I know this outta love and no disrespect!!! I got you BIG SHOT but you know who raised me, I don’t quit,” Shareef tweeted. “Always been taught to go get it and take it. Been heading in the right step …like I said I got you! You’ll see.” 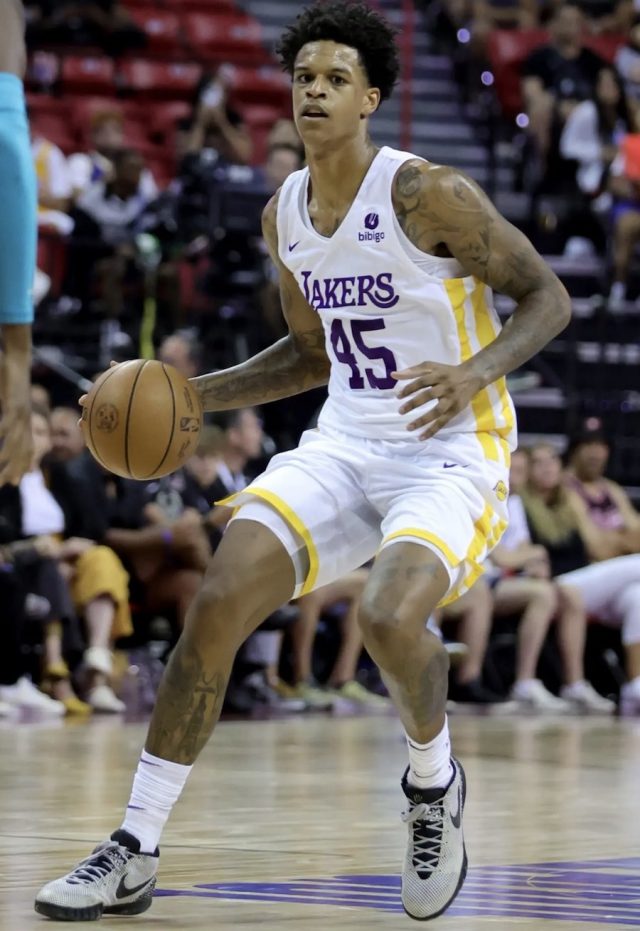 After that summer session in Las Vegas, the younger O’Neal was not offered a spot on the roster, but he did get a nice contract to play with the Las Vegas Ignite, an NBA G-League developmental team. Check previous posts here on the ShaqFu Radio blog for more info the G-league and teams.

While in Vegas, Shareef averaged 4.7 points and 3.7 rebounds in 10.9 minutes per game over six total Summer League appearances. Insiders say even though he didnt’ make the Lakers for the upcoming season, he did get a nice six-figure contract to play with the Ignite next season.

Shaq and his son have not exactly been on the same page with Shareef’s desire to play in the NBA. Back in June after a pre-Draft workout with the Lakers, Shareef told reporters that he and his father “kind of bump heads” about him pursuing a pro career. 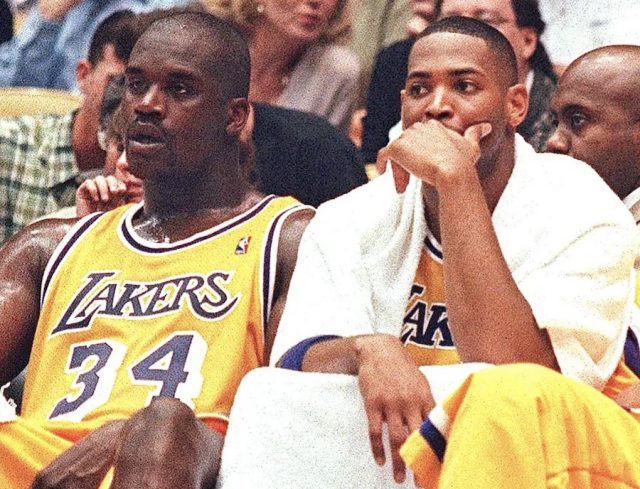 Seems daddy Shaq would have preferred his 22-year-old son stay in school, but Shareef insisted he is ready for an NBA push.

Father and son have definitely had different roads on their basketball journeys. Shareef attended UCLA from 2018 to 2020, but missed an entire season as a medical redshirt due to a heart condition. He underwent open-heart surgery during his freshman year (Dec. 2018) with the Bruins.

Later Shareef would transfer to his fathers alma mater LSU. Over his total college career, Shareef played a total 37 games over three seasons with UCLA and LSU. In all, he averaged 11 minutes, three rebounds and 2.6 points per game.

Vegas hoops fans will get to see him play regular games and hopefully regular minutes this fall with the Ignite. Will that lead to a full-on NBA contract? Only time will tell… stay tuned!