Fans of our man Shaq and followers of the blog here on ShaqFu Radio know the big man likes to talk about comparisons between OG stars like himself and today’s players. In a recent interview, O’Neal flexed on that topic a bit more… especially when it comes to money.

BTW – if you haven’t seen it or heard it, check out the “PBD Podcast.” It’s from a guy by the name of Patrick Ben-David, and it’s got tons of interesting guests – like O’Neal – and lots of interesting talk. This story is based on a PBD Podcast interview with Shaq, done at the MGM Grand resort in Las Vegas, around the time of Shaq’s Big Event fundraiser concert.

As both a player back in the day, and a businessman today, O’Neal knows what he’s worth, and he’s not afraid to talk about what he brings to the table, both for the NBA during his playing times, and in his entrepreneurial journey today.

In that interview with Patrick Bet-David, the 15-time All-Star tossed around some really astronomical numbers, suggesting he would easily earn upwards of $600 million if he played in the Association today. Wow! 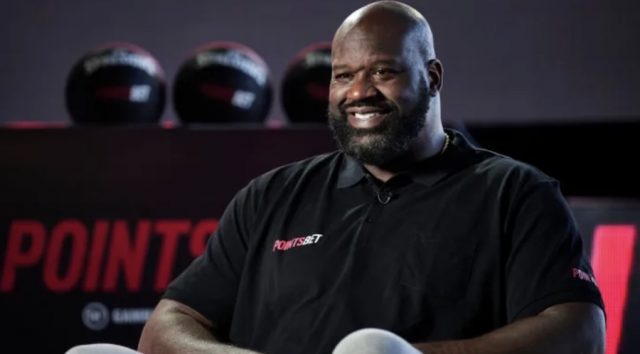 Just as a reference, that Shaq-sized number is more than O’Neal earned over his ENTIRE 19-year career as a player. For those who like the numbers, it’s estimated that Shaq earned about $292 million in his playing days, so we’re talking about more than doubling his past career NBA earnings.

Shaq didn’t beat around any proverbial bush when Bet-David asked him about the dollars current day players were taking down. When asked what he thought he might make in today’s game, Shaq didn’t have to think long or hard: “Oh, I’d be $600 million. These bums are making $600 million for two years. I wish I was playing now.”

By the way, that huge $600 million dollar number isn’t for some imaginary career total, it’s for just a couple of years! O’Neal said if he were an active player in today’s era, his contracts would be anywhere between $200 million to $300 million…per year! 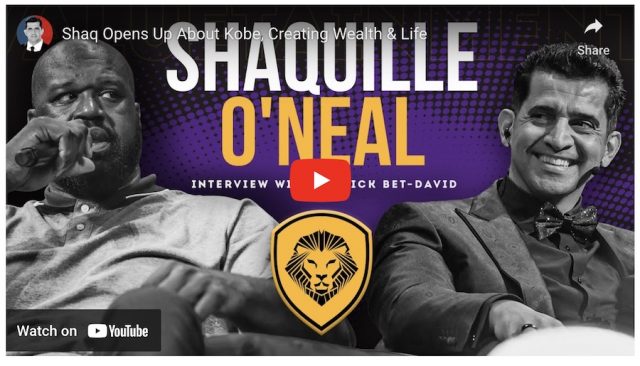 Bet-David was – not surprisingly – a little surprised at the financial assessment. When he pressed Shaq, the big man did not back down: “I’m telling you that’s what I’d make. Playing against these little cupcakes. I wish I was playing now, I swear.”

Of course in today’s game, it’s not just about the on-court earnings. Just look at current superstars like LeBron, who makes millions more IRL, with commercials for all sorts of products and services.

In today’s personality-driven business model, it’s all about what’s known as NIL deals. That’s Name, Image, and Likeness for the rest of us… and it’s why you see the faces of sports superstars plastered on all kinds of products in your local Walmart and grocery stores.

Still, to his credit, Shaq also talked about how important education is for athletes. “Now they got this whole NIL thing. My thing is — I always thought college should be a place of higher learning. I know there’s this whole business. You should pay players, but if you understand business, the kids — they travel private, they stay in hotels.”

He continued: “Who is paying for that? The books are paid for, the food is paid for. So, they are getting paid for somewhat but if you were in real life, they would be called tax. Think about it…. I wanted to go to college because I wanted to fulfill my parent’s dreams and I wanted to learn. I wanted to educate myself for life after basketball.”

Hopefully today’s young up-and-coming athletes will keep Shaq’s words in mind. Yes, there’s a ton of money to be made playing the game, but there’s to be a lot more years later, when playing days are over. Now what are you going to do? A good education will be a lifelong asset.