As regular readers of the ShaqFu Radio blog, you know all about the big man’s experiences with big business. Here’s an interesting tale from the very early days of Shaq-business.

Shaq was drafted with the number one pick of the 1992 NBA Draft by the Orlando Magic. Even before signing with the Magic, he was making some pretty big (for the time) money. He’d already signed an endorsement deal with a dealership called Classic Car. They paid him a cool $1 million.

Being young and not yet the knowledgeable businessman he’s become today, it didn’t take O’Neal too long to spend it all. Two days, in fact! Still, he put the money to good use… paying off debts for his family, and buying them cars.

Of course when you get paid a million dollars (or any amount), you don’t get to keep it all. The IRS has a habit of demanding some of that income in taxes…something Shaq forgot about at the time. When the tax bill for about $90 thousand dollars arrived, Shaq quickly figured out he was going to need help with his finances.

Through his agent, O’Neal hooked up with accountant Lester Knispel, who handled money matters for Shaq, and became someone who Shaq has credited for his impressive off-court financial success.

One of the earliest investments Knispel and Shaq came up with was a string of coin-operated car washes in the Orlando area. In his book, “Shaq Uncut: My Story,” O’Neal wrote: “We were doing really well, making a lot of money, but one day Lester called me up and told me the numbers weren’t matching up. The profits we should have had were not the same numbers that were being deposited in the bank.” 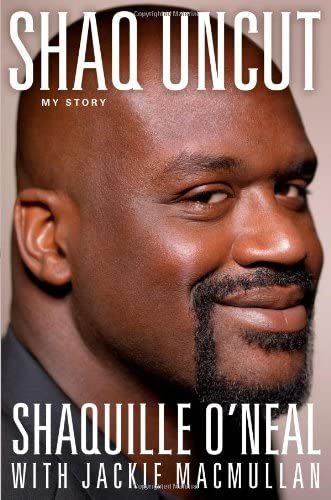 Shaq said he told Knispel not to worry, but the accountant was – in Shaq’s words – freaking out about the money. “He even flew to Orlando to discuss it with me. He calculated we were missing almost a quarter million dollars.”

But no worries… Shaq had a good handle on what had happened to the money. “It took me a while, but I finally came clean with him. I showed Lester my bedroom, where there were a whole bunch of wooden rain barrels—full of quarters.

Lester said, ‘Shaquille, what the hell is this? Is this the missing money?’

‘Yes,’ I admitted. ‘Lester, I can’t help it. I like seeing my money. Come here, run your fingers through all these quarters. It’s awesome!’”

A quarter million dollars … in quarters! Shaq says he and Knispel eventually got  all the cash deposited, even though it took about a week to do it. Not surprisingly, the bank didn’t have a big enough coin machine to sort it all out. Crazy, sure. But we here at the offices of the blog love the idea of being able to run our hands through a quarter million dollars in loose change. Reminds us of some old Bugs Bunny cartoons.

Today, Shaq is worth a lot more than a quarter million dollars in spare change. He’s into many different businesses, and can be seen as a TV pitchman for any number of well-known brands. Still, everyone’s got to start somewhere!