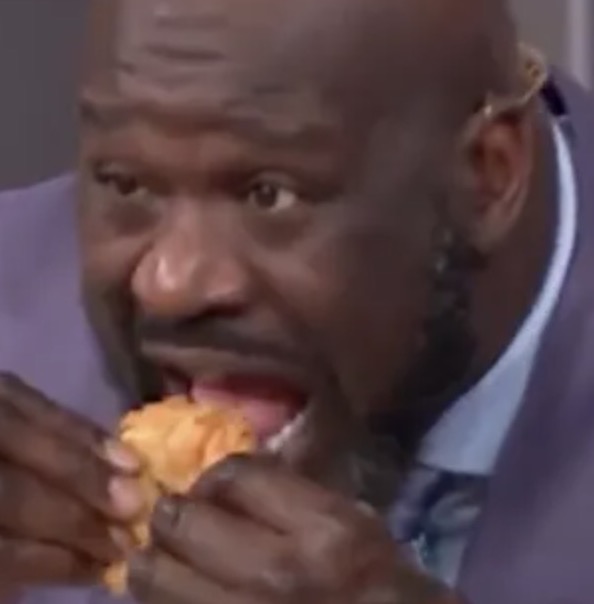 Well, this went better than expected! As readers of the ShaqFu Radio blog will remember, made a bet with his co-hosts on the set of Inside the NBA a while back, just before the college football National Championship. O’Neal lost that bet, and now he’s paid his debt!

Shaq is most certainly a man who keeps promises – a man of his word. You may have seen it live on Inside the NBA, or read it here on the blog. O’Neal bet that if TCU lost to Georgia in the national championship, he’d eat a frog. Well, that happened this week live on the show.

How Shaq thought the tiny school of TCU would be the defending national champ Georgia Bulldogs was (and is) beyond us. Yes, the Horned Frogs played an amazing (perhaps “once in a lifetime”) game against Michigan to get into the Championship game at SoFi Stadium in LA. But did they have a chance against the Dawgs? Apparently, Shaq thought they did.

Needless to say, he (and the Vegas oddsmakers) got it very, very wrong. The Dawgs ended up smoking TCU (smoked frogs? … hmmm) by the score of 65-7. So, when it came time to pay up on the bet on Thursday’s show, Shaq didn’t shy away. 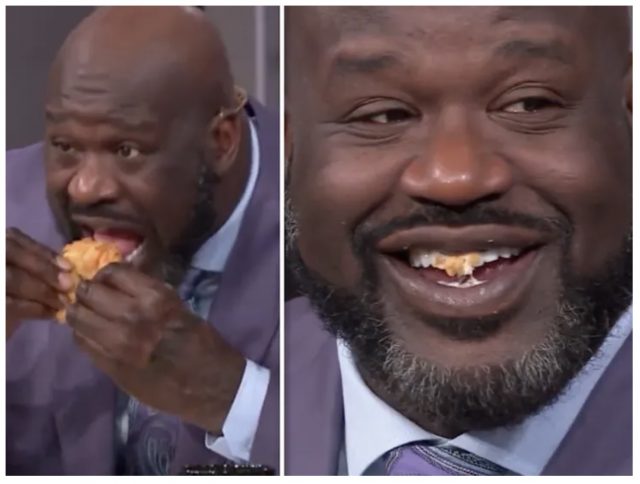 Inside the NBA ringleader Ernie Johnson brought out a plate deep-fried frogs legs, and Shaq got right to work, scarfing them down. Fans nationwide watched, as did the on-set crew of Inside the NBA. All the while, Johnson looked on with a Georgia football helmet strapped on tight.

“I’m a man of my word,” O’Neal said as he chomped away on the frogs. “I’m a man of my word, Ernie.” The good news for Shaq was that the little legs came fully cooked and ready for his eating enjoyment. Here at the offices of the ShaqFu blog, we were wondering if “eating a frog” meant it would have to be something a little less… shall we say… prepared.

Still, O’Neal seemed to have no problem paying off the bet, telling the crew and audience at one point: “I just want to let ya’ll know these frog legs are good!” He later said they were the best frogs legs he’d ever had, so it seems he knew what he was getting into when he made the bet. 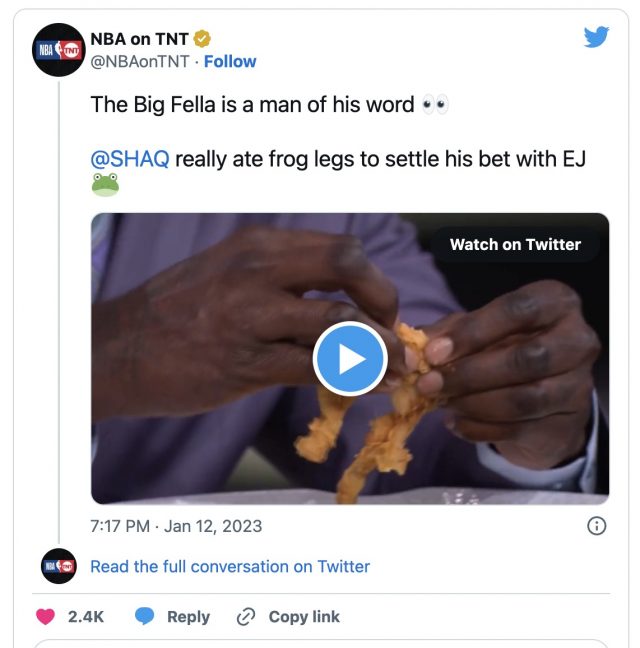 As for the rest of the crew, Kenny Smith was definitely not happy to have to witness the meal… Seems The Jet is a vegetarian. Meanwhile, it seemed Alabama native Sir Charles Barkley also had some prior experience with the dish, saying, “Frog legs are good, I’m not gonna lie.” 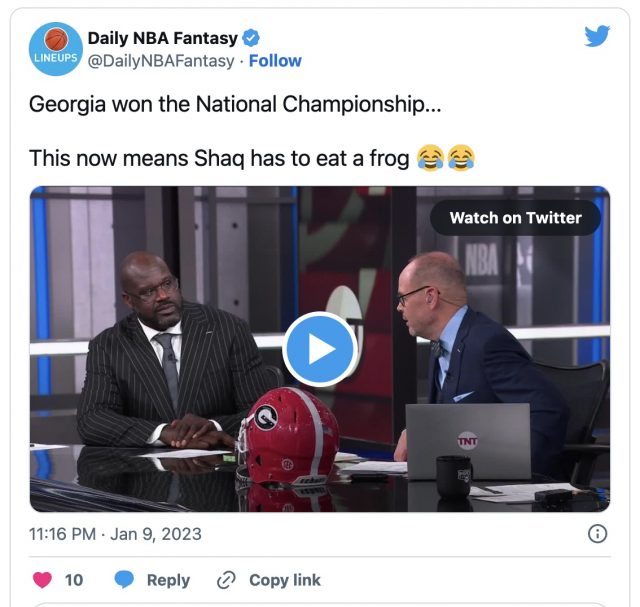 So the big man paid up on his bet. Happy to hear he enjoyed the moment.