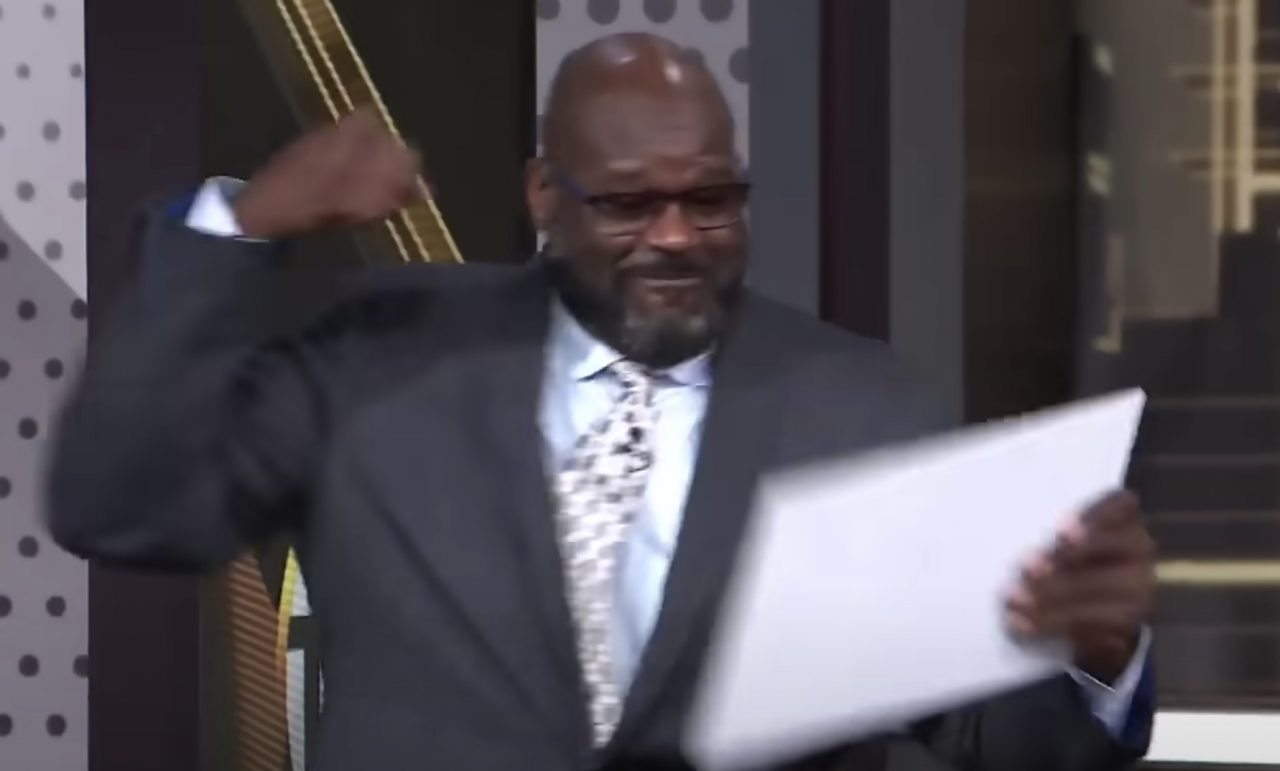 It’s one of America’s favorite game shows… if not THE favorite. Yet perhaps, not so much for our man Shaq. We’re talking about Jeopardy. How did the big man fare? Read on…

Things just keep getting crazier and crazier – in a good way – for the TNT network and the way they cover and analyze the NBA. Of course the flagship show for NBA analysis is the network’s “Inside the NBA” program with Shaq, Ernie Johnson, Kenny Smith and Charles Barkley. Recently however, the network added a new show, “NBA on TNT.”

Shaq is part of that crew too, along with Candace Parker, Jamal Crawford and Adam Lefkoe.

We don’t know where the idea came from, but we hope they do it again. On a recent edition of the new show, O’Neal, Parker and Crawford engaged in a hilarious game fo “Celebrity Jeopardy,” with Lefkoe acting as the host. Tip ‘o the hat to the GOAT of game show hosts, Alex Trebeck. We miss you, Alex.

So the game hit the airwaves during halftime of TNT’s second game of the night’s doubleheader between the Philadelphia 76ers and Los Angeles Clippers. While not quite as high-tech and flashy as the prime-time gameshow, it was pretty close. The three contestants each had their own personal podiums, buzz-in clickers and the like. 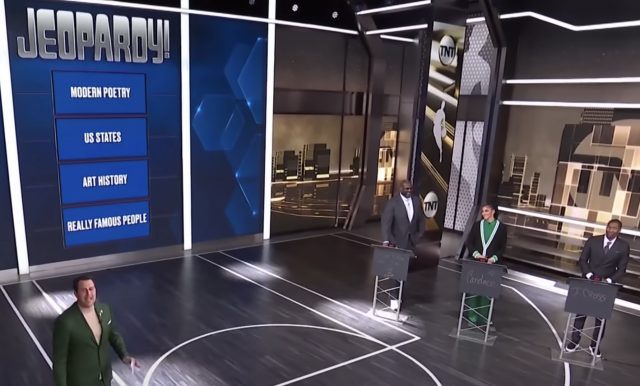 How did it go? Well, you can check out the video below for the details, but here’s how it ended. After Crawford dominated both O’Neal and Parker in the early going, O’Neal had a chance to win Final Jeopardy! The question he needed to answer correctly was about an ancient Chinese leader.

The question from Lefkoe: “For his tomb, Chinese Emperor Qin Shi Huang commissioned 8000 statues made from this material.” BTW, Lefkoe even attempt to pronounce the emperor’s name.

O’Neal thought he hit the buzzer in time, but Lefkoe gave the floor for Crawford to answer. An annoyed O’Neal punched the dry-erase board and even attempted to headbutt it, but it did not break. 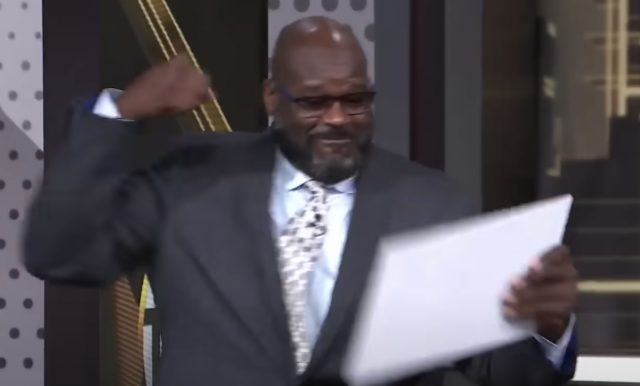 After a bit of an awkward back and forth, Crawford conceded and let O’Neal answer. O’Neal played college basketball and Louisiana State University, and Crawford reminded him of that. “You didn’t go to Michigan; I ain’t worried,” she said.

Shaq finally answered and said, “green marble,” which was the wrong answer.

“Slice, what is it? Green marble, what’s it called?” O’Neal asked one of the producers to give him an answer in his ear.

After Shaq conceded, Crawford buzzed back in and answered the question right.

“What is terracotta?” Crawford asked.

After Lefkoe told him that answer was correct, O’Neal lost his mind and smashed the white dry-erase board against the desk three times, breaking the board into four pieces.

Needless to say, Parker and the crew had a really good laugh over the big man’s frustration. Yet another great moment of TV featuring the big man!

Will they do it again? Hard to say. Maybe a full-on NBA version would be more up Shaq’s alley… perhaps he’ll lobby for that. Still, never a dull moment with the O’Neal and friends on night time NBA coverage.